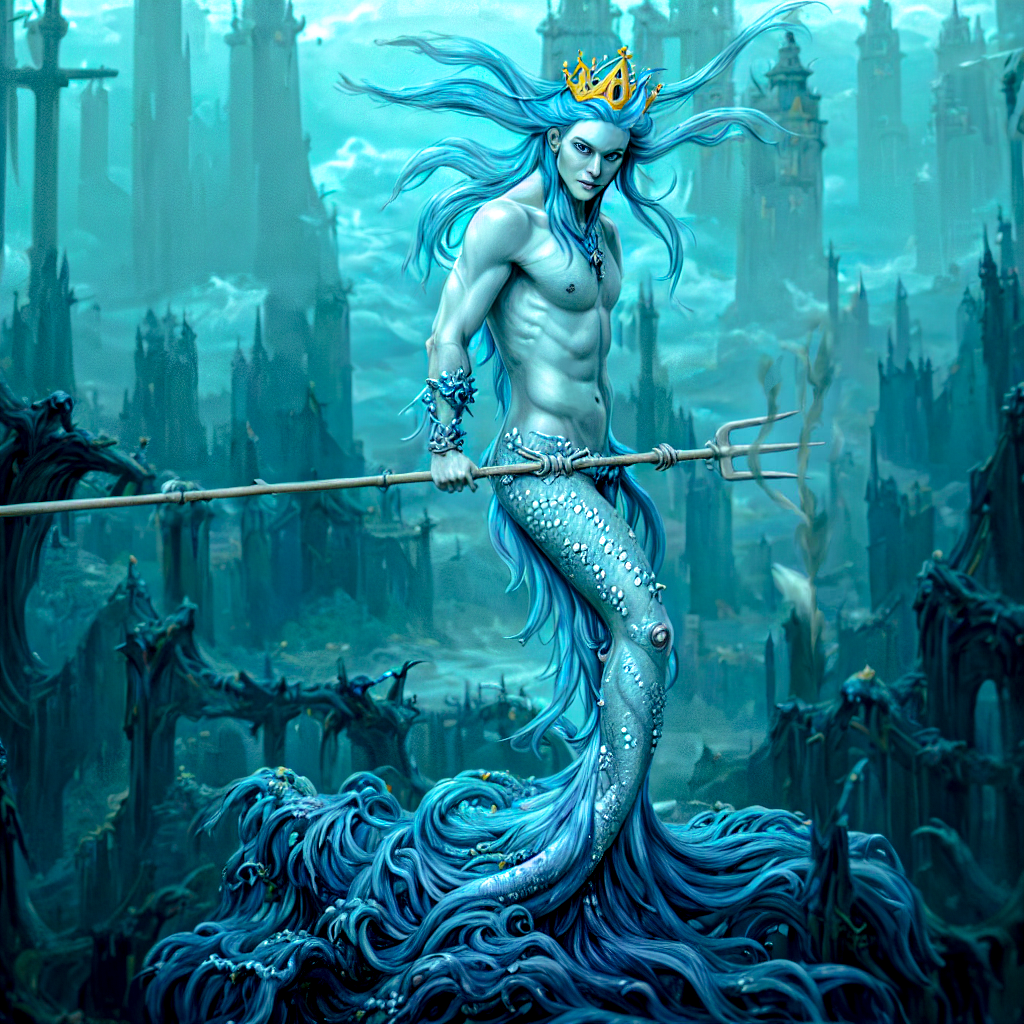 My dad was Triton – no, not that Triton, but he was conceited enough to call himself after a Greek God of the sea. His birth name had been Bardo, but he stopped using that long before I came along (or so I had been told).
The stories I had heard were very vague, and my father refused to talk about it himself. When I had pressed him for info when I was younger, all he would say is, “The merman before Triton no longer exists. You have no need to concern yourself with what is no more.”
Riiiight. Way to be vague, Daddy-O.
But I’d learned years ago not to argue with my father, or to push him when he had given his final word. He was stern but fair. And he was kind, although not soft. He was a good dad, and I’d never really lacked for anything, but his real loyalty was to his people. See, there were not many of us mer-folk left.
Years ago, humans had hunted us and driven us deeper into the depths of the ocean. While there once was a time we would swim to the surface and bless them with our magic, we now had to keep it tucked away, hidden at the bottom of the deepest sea.
And my dad, King Triton, loved the merpeople of Levurian Kingdom more than he loved anything (except well… himself). There was only one other civilization of our race to exist in these waters: the Caspian Clan. They had once been a part of our kingdom, but that was many, many moons ago.
After disagreements regarding how we interact with the human world, they branched off to start their own group and the two kingdoms had been at war with one another for over 300 years. The only semblance of peace between us was a truce for the common goal of protecting our people from humans.
The legend said that one day Atargatis would return to the sea, and when she did, she would unite the two kingdoms once more, and bless us with strength, fertility, and peace.
~ Dreams Under the Sea, Underwater Magic Book 1
Coming to Amazon in 2023
Art by Daughters of the Dark
More sneak peeks and NSFW art going up at my Patreon