Monster Romance Duet Up for Preorder 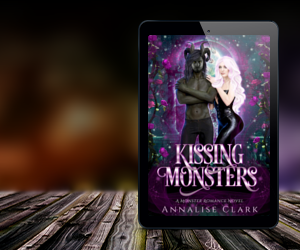 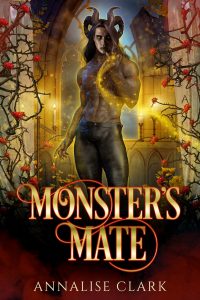 I have something exciting to share with you today.

For the first time in a couple of months, I have some new releases coming your way. I’ve put four new books on preorder for September and October as well. After two major deaths in the family last summer, and some personal health challenges, I had to put many projects on hold (or just work on them more slowly). But I’ve been in the background, slowing working at writing, plotting, editing, and more. I’ve also built a nice little team of editor, alpha readers, personal assistant, and cover artist to help me get back to full-time writing. First up is my monster romance duet!
The release did get bumped a couple of months due to personal reasons but my monster romance duet is now up for preorder and coming in September and mid-October (if I get them 100% ready early, I’ll do an early release).
They can be read in any order but the release order is Kissing Monsters (Sept 30th)
This tells the story from the human woman’s perspective, Effie.
And the other book Monster’s Mate (Oct 15th).
Tells the story from the male monster’s POV, Xae’droth.
Please note: These are 5/5 on the spice level. The entire plot revolves around sex. However, there IS plot – it’s not pure erotica. There will be monster sex, there will be queer sex, and both MCs are pansexual. There is also a shapeshifting sex demon succubus who is quite fun. 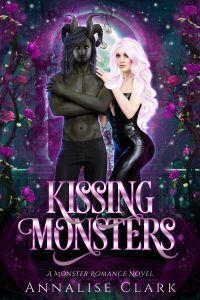 It’s not particularly dark (no violence, no dub-con, etc.). MC is mid-30s. They will be released onto KU as well, but if this sounds like your kind of book series, I’d love your support with preorders.
I may do a preorder countdown contest and drop early content here if we reach some milestones. If you’re interested in that, just drop me a comment. I will also be sharing teasers on my TikTok account. And there is early access to content and special NSFW art at my Patreon.
Thank you all for your continued support.